To our recent PSH Student-athletes, the name Hannah Burandt should be very familiar.  Athletic Director Ryan Madison chose to honor Burandt by naming a scholar-athlete award that is given out at each season ending award ceremony after her. Burandt was not only an elite swimmer for the Redmen, she also was an excellent student in the classroom as well and is a great role model for our current student athletes. Burandt, who was inducted into the PSH Athletic Hall of Fame in 2014, has been named  the Head Coach at Cleveland State University.

Burandt is one of the most accomplished female athletes in the history of Parma High athletics. She was a standout swimmer for the Redmen earning four varsity letters.  She won six individual conference championships and was selected as Conference Swimmer of the Year three times during her career.  Burandt finished undefeated in conference dual meets during her entire four-year career at Parma High.   She was a four-time Sectional and three-time District Champion as well.  Burandt qualified for the OHSAA state meet six times, placing three times.  She finished as state runner-up in the 200 freestyle in 2005. Burandt continued her swim career at Eastern Michigan University where she was a member of two MAC Championship teams. She earned Academic All-MAC honors three times and was selected as Mid-Major All-American Honorable Mention in 2008.  Burandt was an NCAA Provisional Individual Qualifier in the 200 and 500 freestyle and a member of the qualifying 800 freestyle relay team.

This will mark Burandt’s first collegiate head coaching stint.  Burandt will join the Vikings’ squad after coaching at Houston for five straight seasons.  Her first collegiate coaching experience was when she coached at Oberlin College from 2011-13. During her time there, the Oberlin Yeowomen and Yeomen recorded their highest finish at the NCAA Division III Championships in almost 20 years at 30th overall. Additionally, 39 individual program records were broken while she was on staff. The next coaching position Burandt served in was as a Volunteer Assistant for the Louisville Cardinals from 2013-14. On top of structuring practices and developing their recruiting database, she also taught courses as a member of Louisville’s Sports Administration Department. During the 2014-15 season, Burandt was an assistant coach for the University of Georgetown. That season, both the men’s and women’s teams placed second at the Big East Conference Championships. A total of 23 Hoyas swimmers were placed on the All- Big East team, and 17 program records were rewritten. Burandt attended Eastern Michigan University as an undergraduate and swam all four years, majoring in secondary math and math education. She helped her team win conference titles in both 2006 and 2007, and was an NCAA qualifier in the 200 and 500 frees, and the 800 free-relay. 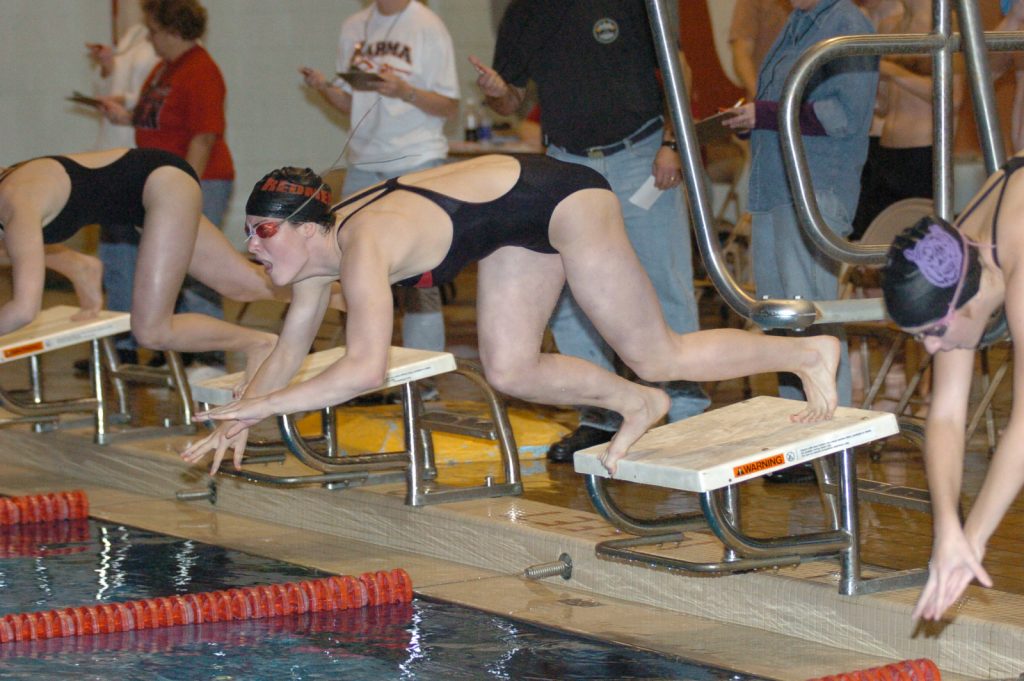 Hannah Burandt, PSH Class of 2005 was a 6 time state qualifier and 3 time State Placer including a state runner-up finish in the 200 Free. 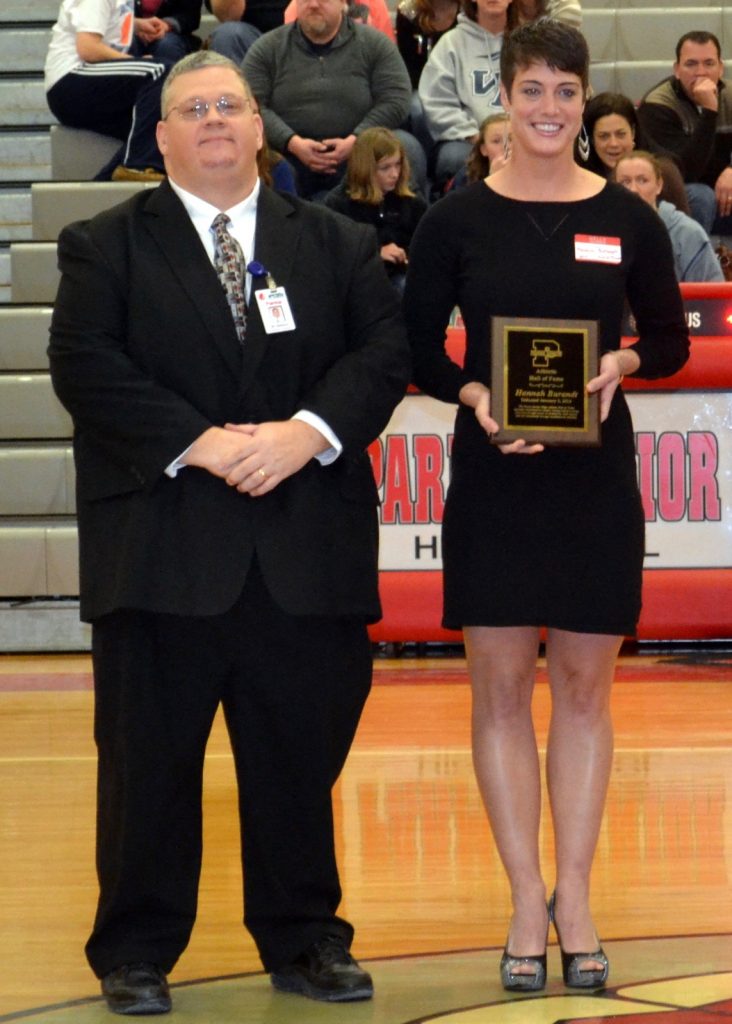 Burandt was inducted into the PSH Athletic Hall of Fame in 2014.