Parma Redmen wrestler Daniel Devera was selected by the coaches of the Great Lakes Conference as the GLC Most Valuable Wrestler. Daniel won his third straight GLC Tournament Championship this weekend.  Devera went 7-0 in GLC dual meets and won the 145 lbs. weight class in the GLC tournament. Devera is 33-2 so far this season with tournament championships at Lorain, Cuyahoga Hts., Hudson, Kenston and the GLC’s. Only a Junior, he has 99 total career wins thus far in his Redmen wrestling career. He should reach the 100 win milestone at the upcoming OHSAA Sectional Tournament.   Not only a great wrestler, Daniel is a great student in the classroom and citizen in our school community. Congratulations Daniel! 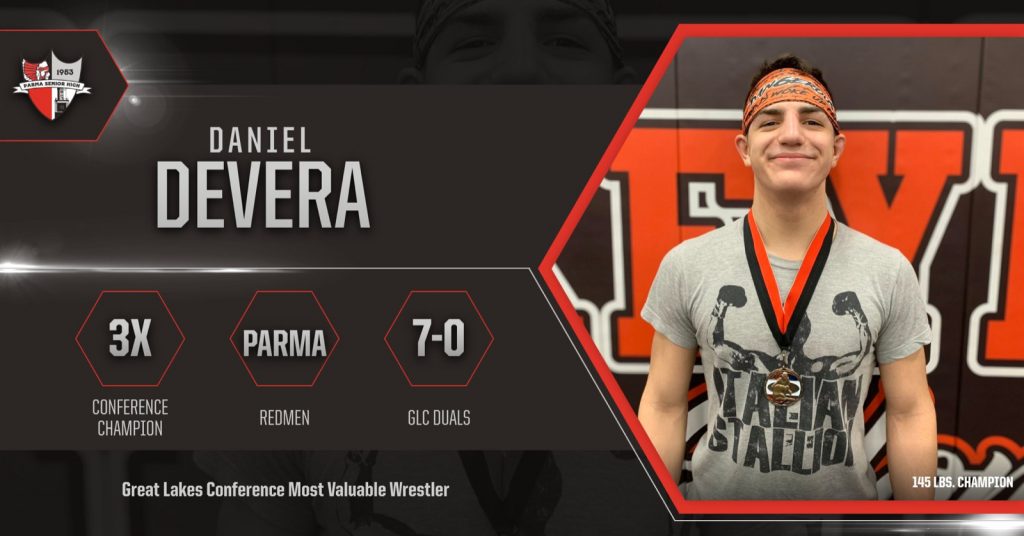