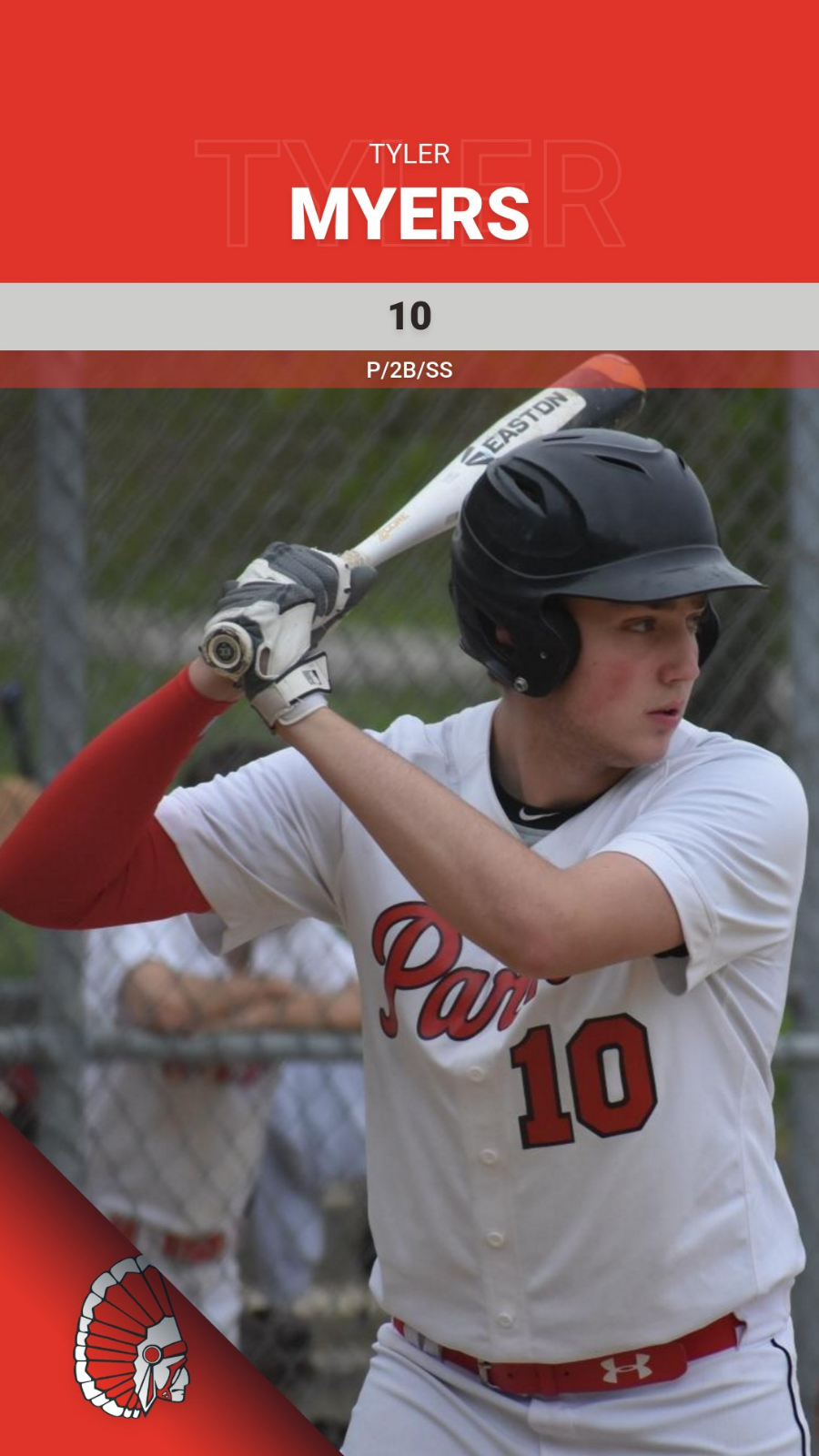 Tyler Myers has played baseball for the Redmen for 4 years and this would have been his second year as a varsity letter winner.

Tyler has played first base, second base, and shortstop for the team. As a hitter, he was second on the team in doubles last year and tied for third in RBIs.

As good of a player as Tyler is, he has really done an amazing job as the team’s ace pitcher.  Tyler had 4 wins his junior year with a 3.07 earned run average.  He struck out 40 hitters last year.  As many impressive stats as Tyler had, the most impressive would have to be pitching a perfect game versus our rival, Valley Forge.

Tyler will be attending Kent Sate where he plans on majoring in criminal justice.  Tyler has been a very good role model to the younger players in the program.  He has been a positive leader and has always helped his younger teammates with learning their positions and responsibilities on the field.  He is dedicated and responsible.  Most importantly, he is reliable and his teammates know they can count on him to give his best.  He is a team player and has no problem doing what is best for the team.  He does a great job in the classroom, as well.  He is definite a scholar-athlete.   He works hard at everything he does and doesn’t make excuses.

Some words from Tyler:

I would like to thank all my coaches, teachers, and family for seeing potential in me and pushing me to be my best.

My favorite baseball memory was making lifelong friendships with teammates and also throwing a perfect game against Valley Forge my junior year. My words of advice to younger players would be to work hard every practice, put effort into school work and have fun playing baseball.

Thanks Tyler.  Good luck to you.