Boys Soccer Starts Three-Game Run with a Win
Parma Senior High School’s Boys Varsity Soccer team defeated Bedford High School at Byers Field this Saturday, October 3rd, with a 2-0 win against the Bearcats. While the game was competitive throughout, the Redmen were able to secure a second shutout at home versus Bedford.
Parma took the lead early in the fifth minute thanks to a flick from junior Joshua Niemojewski, feeding the ball to senior Jordan Corrado, who drove the ball into the net. The goal marked Corrado’s third of the season.
Bedford recovered strong after the goal, threatening for much of the first half. A series of corner kicks awarded to the Bearcats nearly brought the score level again, but the Parma defense held. The Redmen’s goalkeeper, senior John Williamson, was able to maintain a clean sheet going into halftime.
The Redmen started the second half with a renewed urgency to widen the lead. Only three minutes into the half, forward Joshua Niemojewski was able to recover a deflected shot from senior midfielder Isaiah Malave and land the ball in the back of the net, increasing Parma’s lead to two.
While the Bearcats continued to press the Redmen in Parma’s penalty area, the defense held, and Parma’s center midfielders, seniors Nate Kerchenski and Charlie Bohatka along with junior Ryan Myers, were able to hold possession in Bearcats’ territory for much of the remainder of the game. Though Parma nearly scored on several attempts, the score stood at 2-0 as time expired.
The Redmen will now travel to Brooklyn High School to face Hurricanes on Monday, October 5th before hosting the Rocky River High School Pirates on Tuesday, October 6th. With momentum in Parma’s favor, the team hopes to bring notch three victories in just four days. 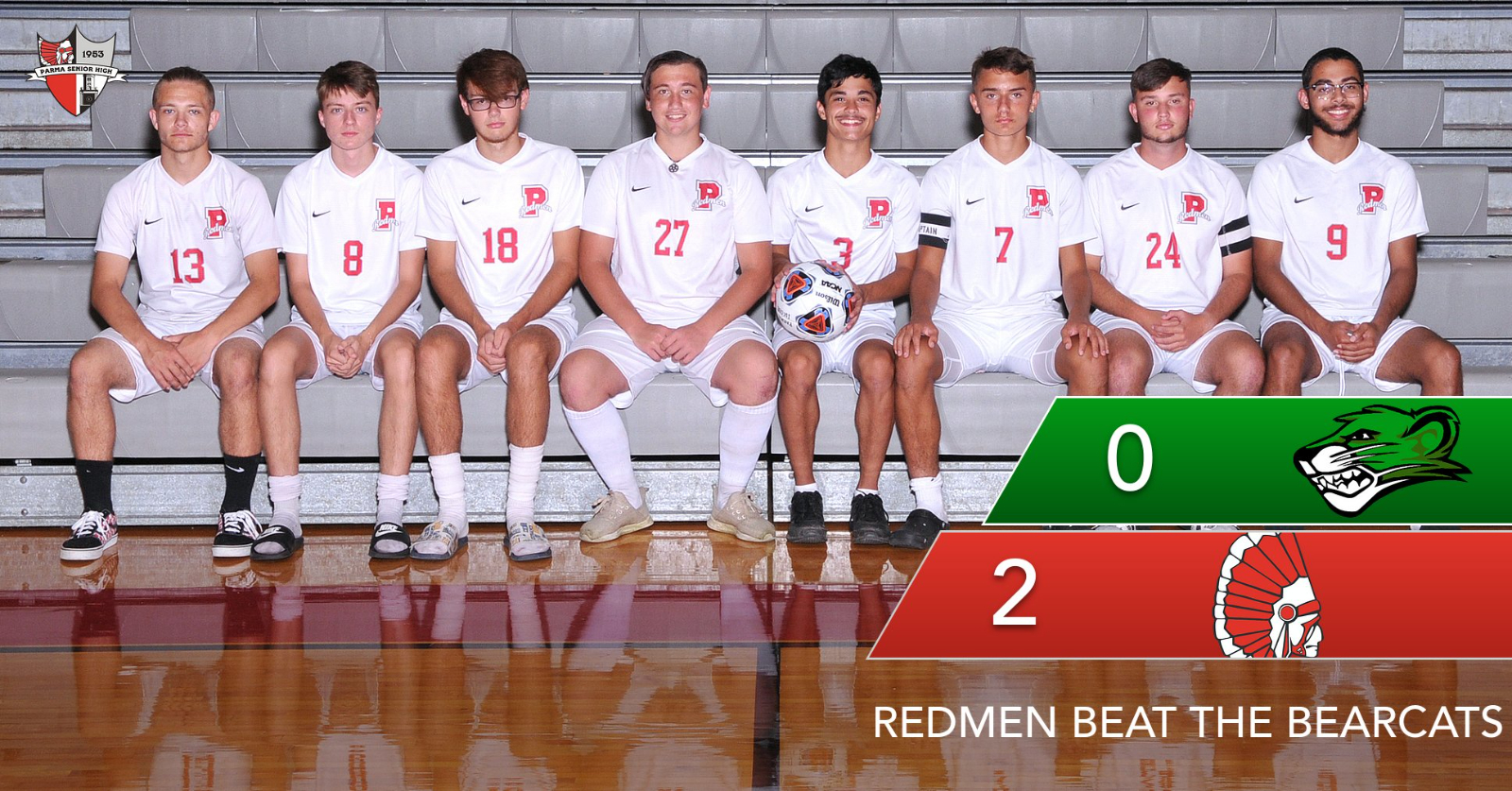