Parma Senior High School’s Boys Soccer secured another win Monday, October 5th, in a contest with Brooklyn High School’s Hurricanes. This victory marks the second win in a row for the Redmen and their first on the road this season.
The first half was filled with missed opportunities for both teams. Parma had numerous shots miss the frame. One spectacular cross into the box was headed by junior Joshua Niemojewski into the Hurricanes’ crossbar, bouncing back to him, only to be headed again just slightly over the goal. A later shot by Niemojewski ricocheted off the far goalpost, but senior Jordan Corrado couldn’t get the necessary touch on the ball as he rushed to recover it, sending it over the goal. Despite efforts by both teams, the first half ended scoreless.
The Redmen started the second half with renewed urgency. Just two minutes after the clock started, Corrado found his first of three goals that night, putting the Redmen on the scoreboard. Just three minutes later, senior Charlie Bohatka hit a high ball from 35 yards out that ended up soaring over Brooklyn’s goalkeeper and into the back of the net, giving the Redmen a two point lead. Only three minutes later, Niemojewski finally got his first goal of the game off an assist from Corrado. By the eighth minute of the second half, Parma had built a commanding three point lead.
Niemojewski and Corrado managed to connect once again, giving Corrado his second of the night at the sixty-first minute. Shortly after, though, Brooklyn managed to capitalize on its height advantage during a corner kick, scoring off a header and bringing Parma’s lead down to three. Minutes later, Corrado responded by completing his hat-trick after receiving the ball from freshman Parker Wemmer and carrying it on a long run through Brooklyn’s half.
Junior defender Shane Romano closed out the evening with a shot from distance after a pass back from junior Ryan Myers, sending the ball over the Hurricanes’ goalkeeper’s head and giving Parma their sixth of the evening.
The Redmen’s offense dominated the second half. Senior Nate Kerchenski ended the evening with two assists. The defense only allowed a single goal during the match, providing the support for this strong win on the road.
Parma faces Rocky River High School at home today, October 6th, going into the match with two strong wins. Hoping to build on this momentum, the Redmen are looking for a third win in just four days. 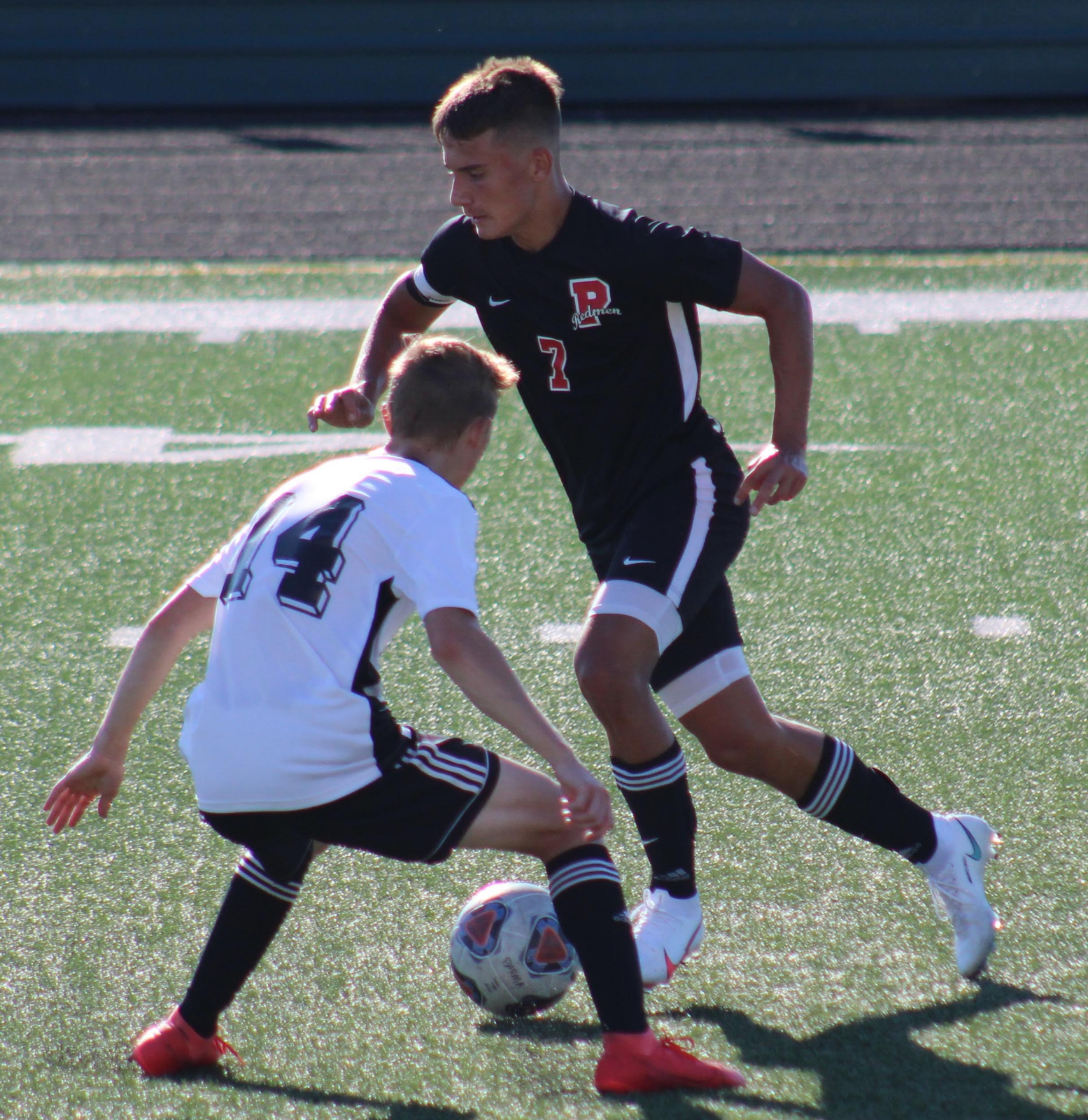