The Parma Redmen scored their first playoff win at Byers Field on Wednesday night with an 8-1 victory over the Kenmore-Garfield Golden Rams. Parma’s aggressive offense combined with majority possession during the eighty minutes led to the definitive victory.

In the tenth minute of the game, junior Josh Niemojewski received the ball on a throw-in from senior Jordan Corrado and fired a long shot from the top corner of the 18 yard box, scoring and placing the Redmen in the lead. Sixteen minutes later, Niemojewski again connected with a corner from Corrado, heading the ball to bring the lead to two. Not to be outdone, Corrado next found the back of the net on an assist from senior Nate Kerchenski, giving Parma three as the half closed.

The Redmen took the field in the second half with the same lineup as the game’s start. The formula continued to work as Corrado scored again off an assist from senior Michael Kusinski just six minutes into the second half. Just ten minutes later, Niemojewski completed his hat-trick for the evening unassisted.

The Golden Rams were able to answer in the 56th minute with a cross to an unmarked forward, putting Kenmore-Garfield on the board. Parma senior Michael Kusinski answered back four minutes later with a shot from the 18 on the assist from senior Isaiah Malave. In the 72nd minute, Malave was able to notch a goal himself with an assist from freshman Andrew Sakegak. The Redmen closed out their scoring drive during the evening with a goal from Al Nguyen on a penalty kick in the 75th minute.

The Parma defense, led by senior sweeper Antonio Snuffer, was able to shut down numerous counterattacks by the Golden Rams during the contest, and junior goalkeeper Jacob Ames was able to end the evening allowing only a single goal.

Both Corrado and Niemojewski, Parma’s leading scorers this season, were able to improve their statistics, giving them nine and seven goals respectively.

The Redmen now advance to the second round of state playoffs to face Saint Ignatius on Saturday, October 24th at 3:00pm. 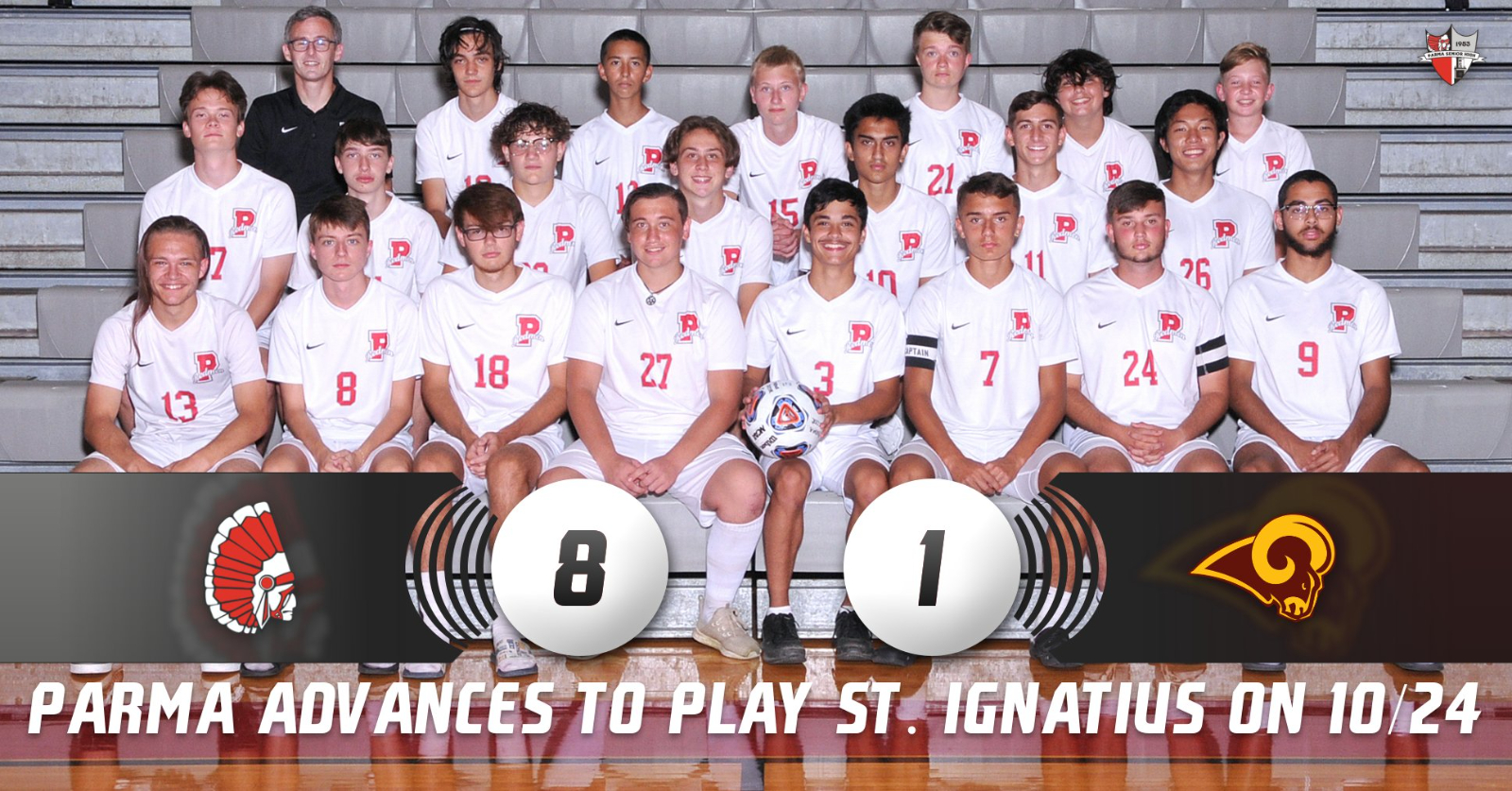