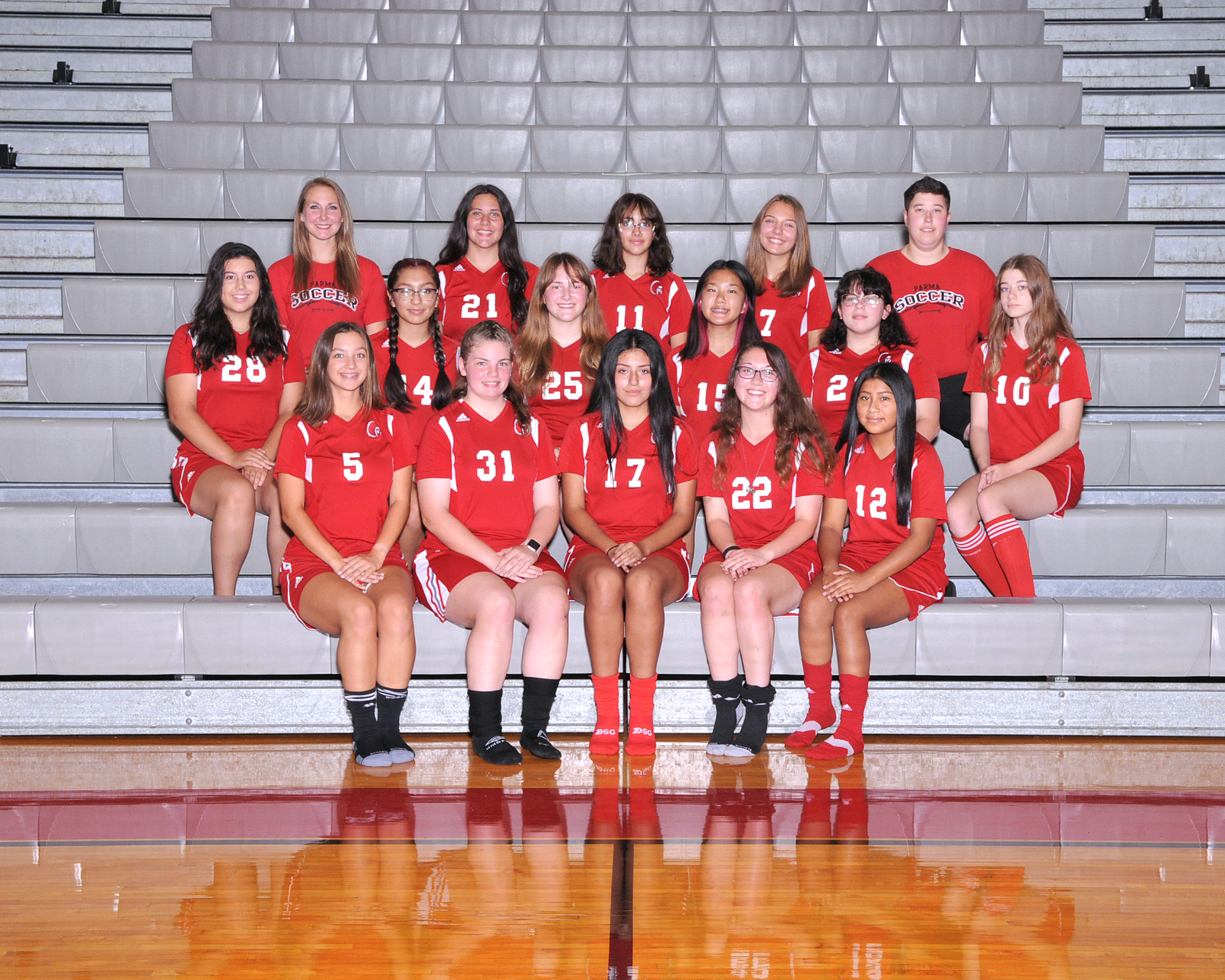 It’s safe to say that the 2020 fall sports season was unlike any we have ever experienced before. With the level of uncertainty leading up to the school year, followed by the abrupt start to the 2020 season, the Lady Redmen had a lot to overcome this fall. The Junior Varsity squad took on the challenge and worked hard to overcome the everyday struggles of the pandemic. The effort, hard work, and dedication that these young ladies put in on and off the field made all the difference this year! The Lady Redmen find themselves in a very competitive conference, and while the JV squad struggled at the beginning of the season, they battled through and continued to develop their play, and ended the season with a lot to be happy about. Through the losses, the JV squad learned to give it their all and never give up. With victory, the Lady Redmen ultimately found the sensation of their hard work and sacrifice paying off!

The JV team welcomed five incoming freshmen this year that added a lot of excitement to the program. Darcy Bowers and Hanna Vardaro showed their versatility by holding it down in the goal, while also being two of the most offensive players on the field! Hailey Maynard found herself locking down offensive players on the defensive end, while Jaila Lopez and Antonia Tieri put a lot of work into working the midfield, showing great poise and effort! This young group of players proved to be a great addition to the squad, adding a lot of unique character as well as strength within their play!

Our new and returning sophomores showed great consistency and effort for the program this fall! Jennifer Tran and Angelina Pastrana proved to be two of the most coachable players, always listening and looking for ways to develop, showing great progress as the season went on! Alyssa Hamilton and Emilee Sanabria returned to the program willing to work hard on both sides of the ball, offensively and defensively in the midfield or up top! Newcomer, Tori Wessel had a strong presence wherever she played on the field through her aggressive athleticism, fitting in with ease! Sophia Wemmer locked it down in the center of the defensive line and found her voice as a leader for the squad this year!

The JV program was led by some outstanding upperclassmen this year as well! Returning to program as juniors, we saw a lot of improvement in our upperclassmen’s play and leadership! Isabella Spadafore acted as the glue that combined our defensive unit to our offensive unit as she dominated the center of the field. Emily Valentine pushed past her comfort zones and got some additional field time this season, proving that her work ethic is unyielding. Valentina Solano has continued to show progress and confidence as she consistently worked hard for herself and her teammates. Taylor Kotwicki was another voice of leadership on and off the field, pushing herself and her teammates to become the best version of themselves at all times!

Finally, returning for their third year with the program, Summer Puchajda and Amanda Lee added much needed experience to the JV squad. Through their tenacious effort and their unique personalities, they had a great deal to do with the team’s successes on and off the field this season. While we are sad to see them go, we know that they will both accomplish great things next year!

Our JV squad has a lot to be proud of this year. They dealt with the struggles of the pandemic with grace and ended their season on a very positive note, with a victory of the Holy Name Green Wave! They maintained a positive team culture and learned the importance of working together and having fun while doing it! We’re so proud of the progress they’ve made on an individual and team level, and we’re so excited to see how much more they can grow and accomplish next year!