Daniel Devera closes the door on a perfect Great Lakes Conference wrestling career. Remarkably, Devera has won every match against conference foes throughout his stellar  four year  career…a perfect 35-0 in GLC Duals and Tournament matches!   Devera won his 4th straight Conference Tournament Championship on Saturday, earning him First Team All-Conference Honors for the fourth straight year.  The 152 lb. Champion was also awarded the Great Lakes Conference “Most Valuable Wrestler” Award which is chosen by the Head Coaches of the conference and given to the outstanding wrestler in the GLC.  This is the second year in a row, that Devera was selected by the GLC coaches for this prestigious honor.  Devera is currently 23-0 on the 20-21 season with 2 more matches remaining in the regular season.  Devera’s outstanding performance led the Redmen to a 3rd place team finish in the Conference Tournament. 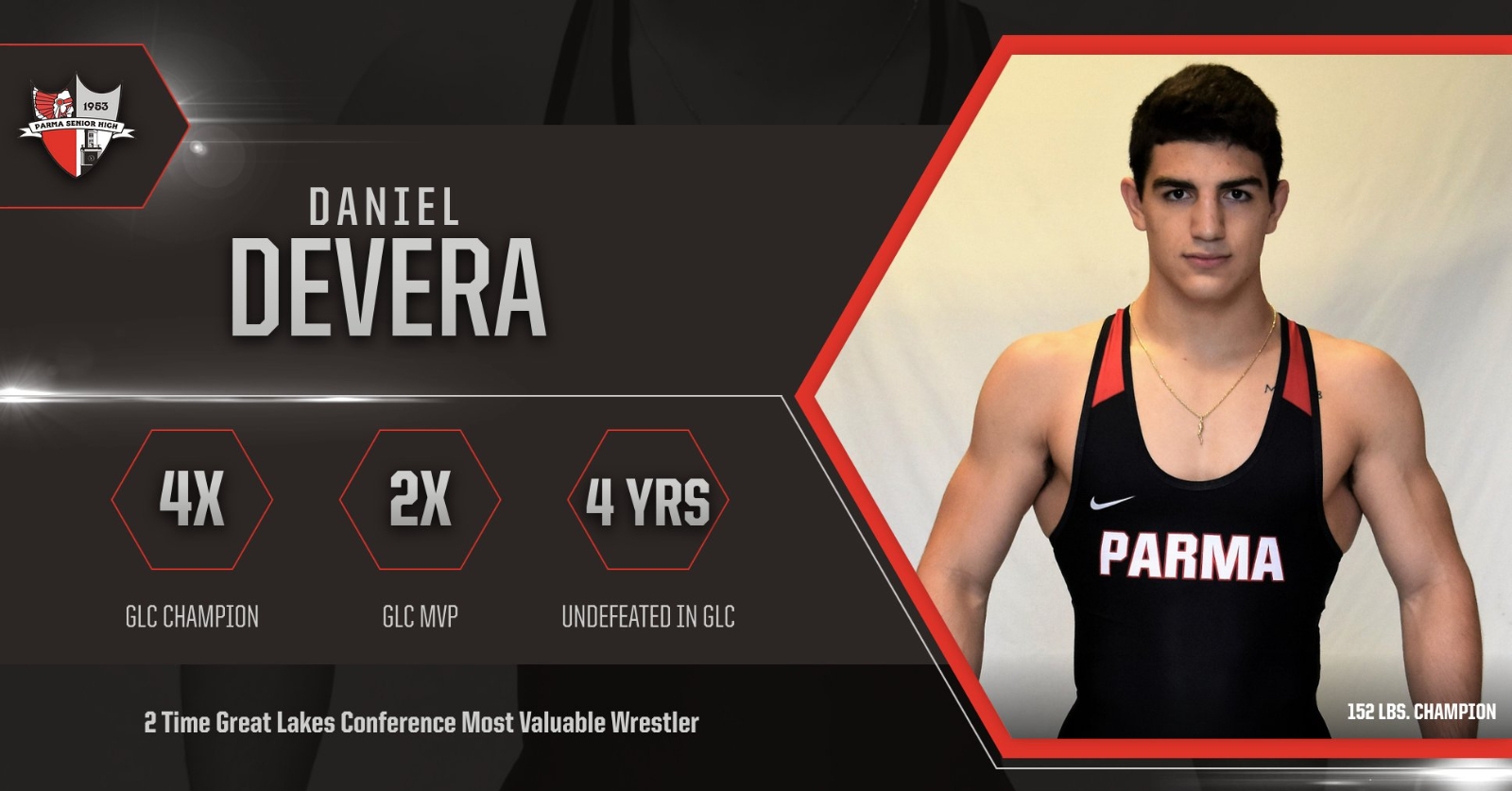 Daniel Devera stands atop the GLC Championship podium for the 4th Consecutive Year! 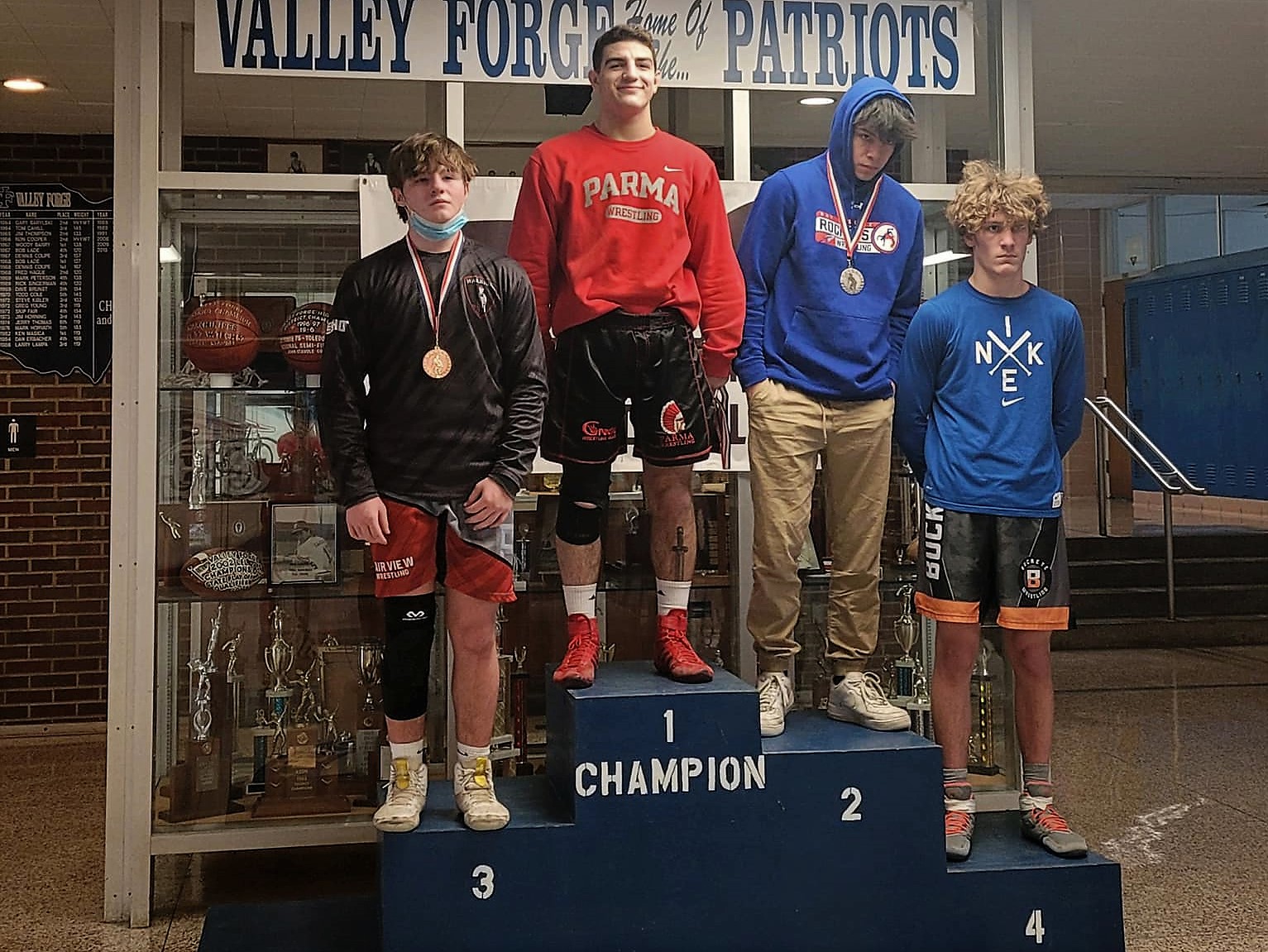 Devera pinned his way through the GLC Tournament. 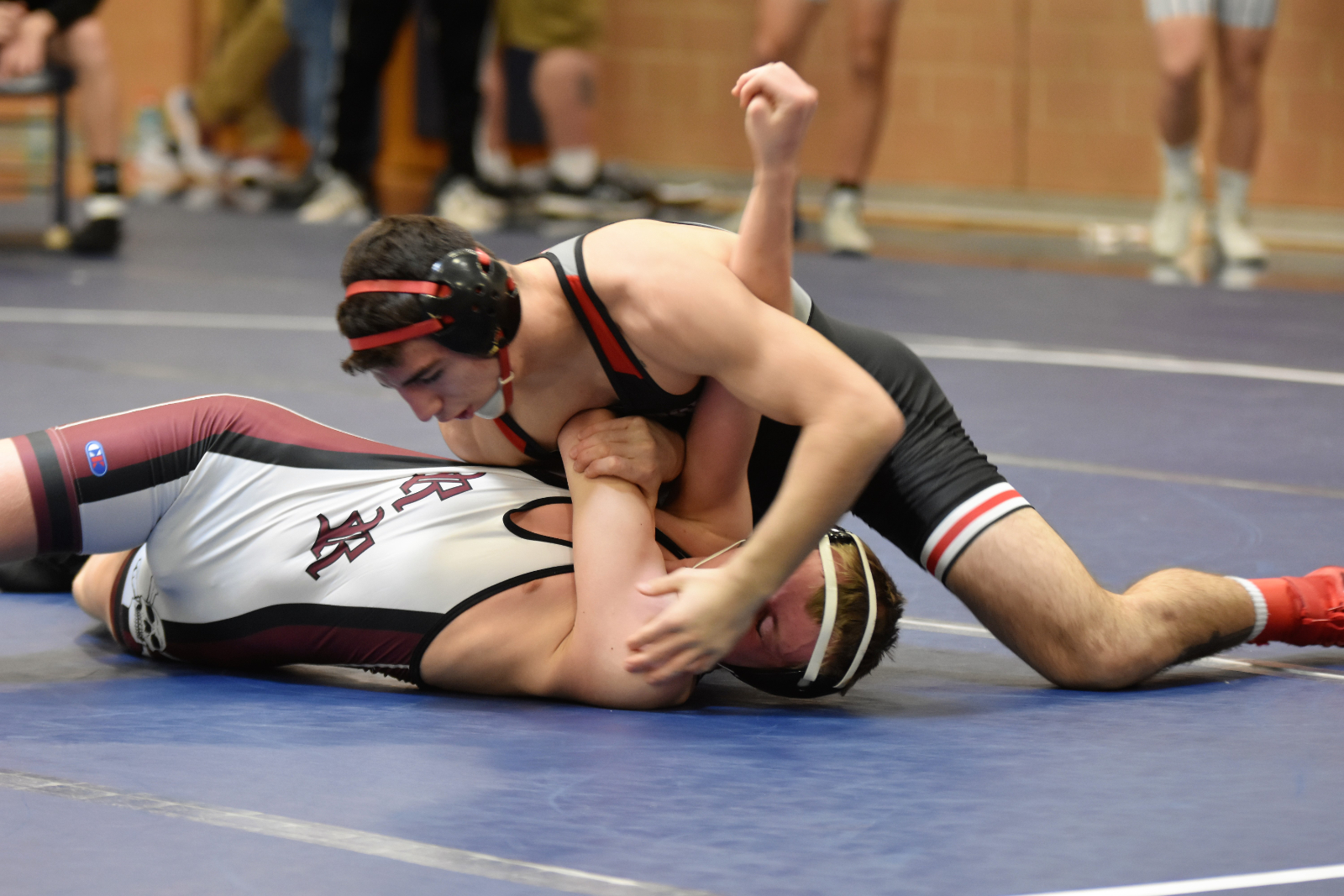 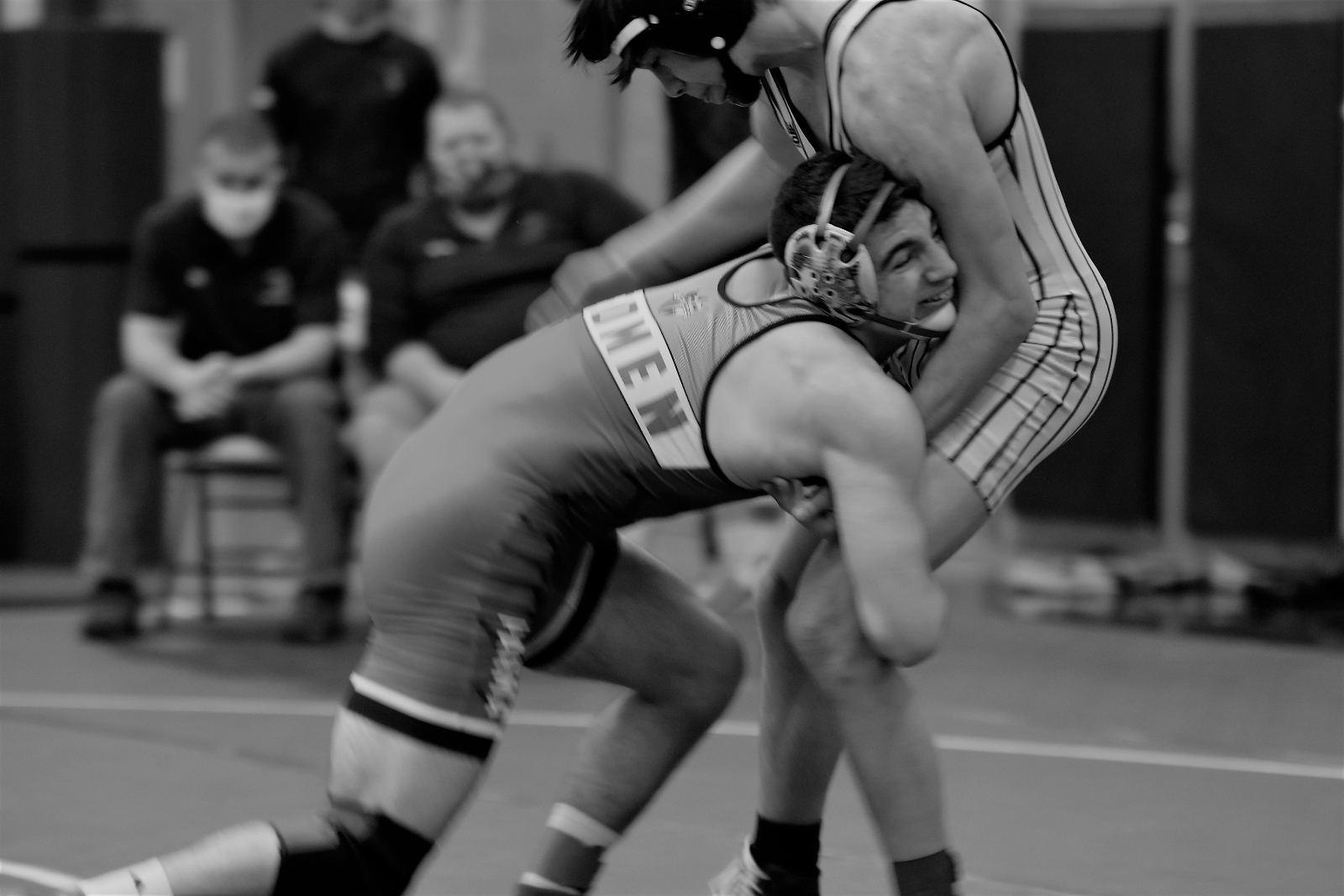 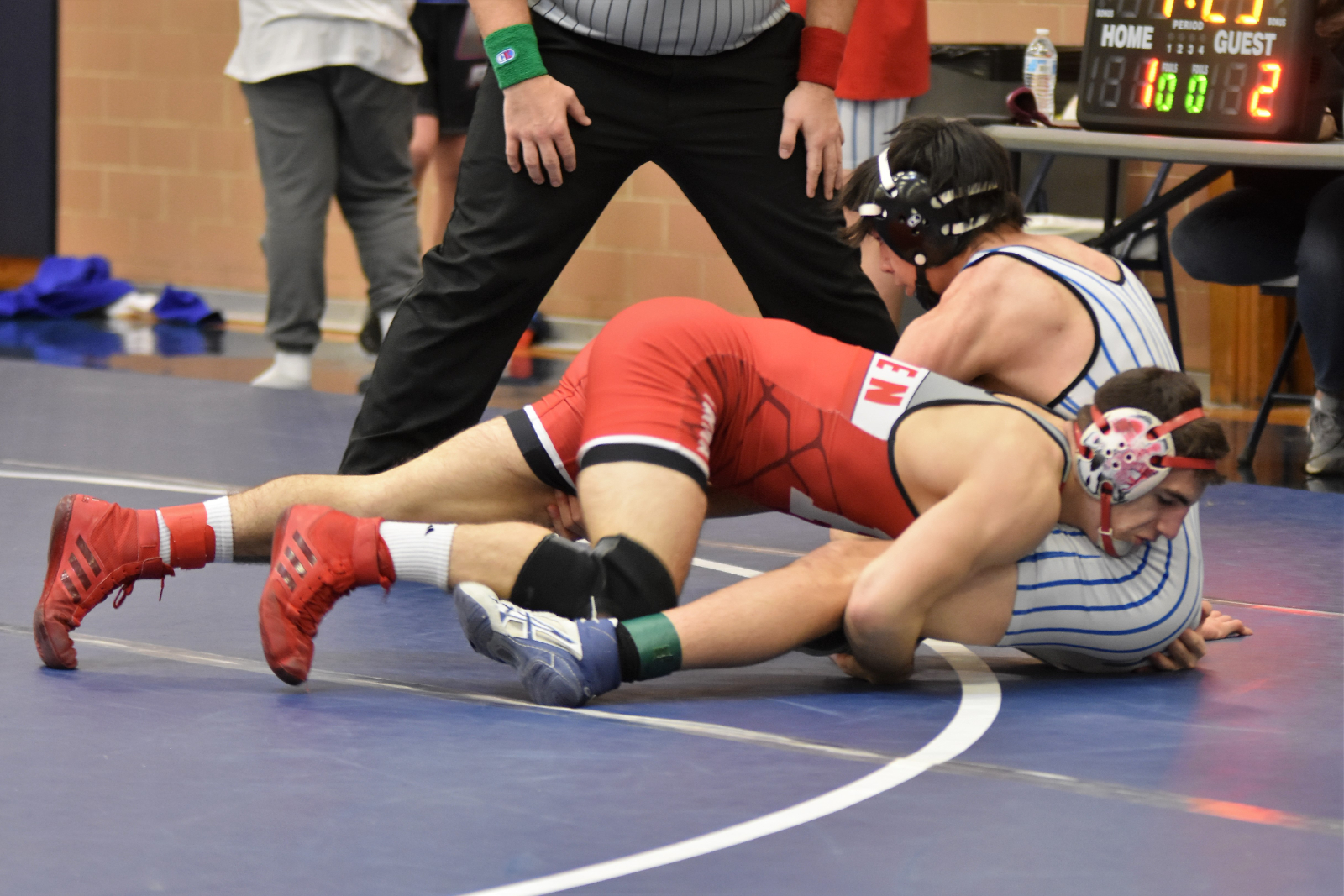 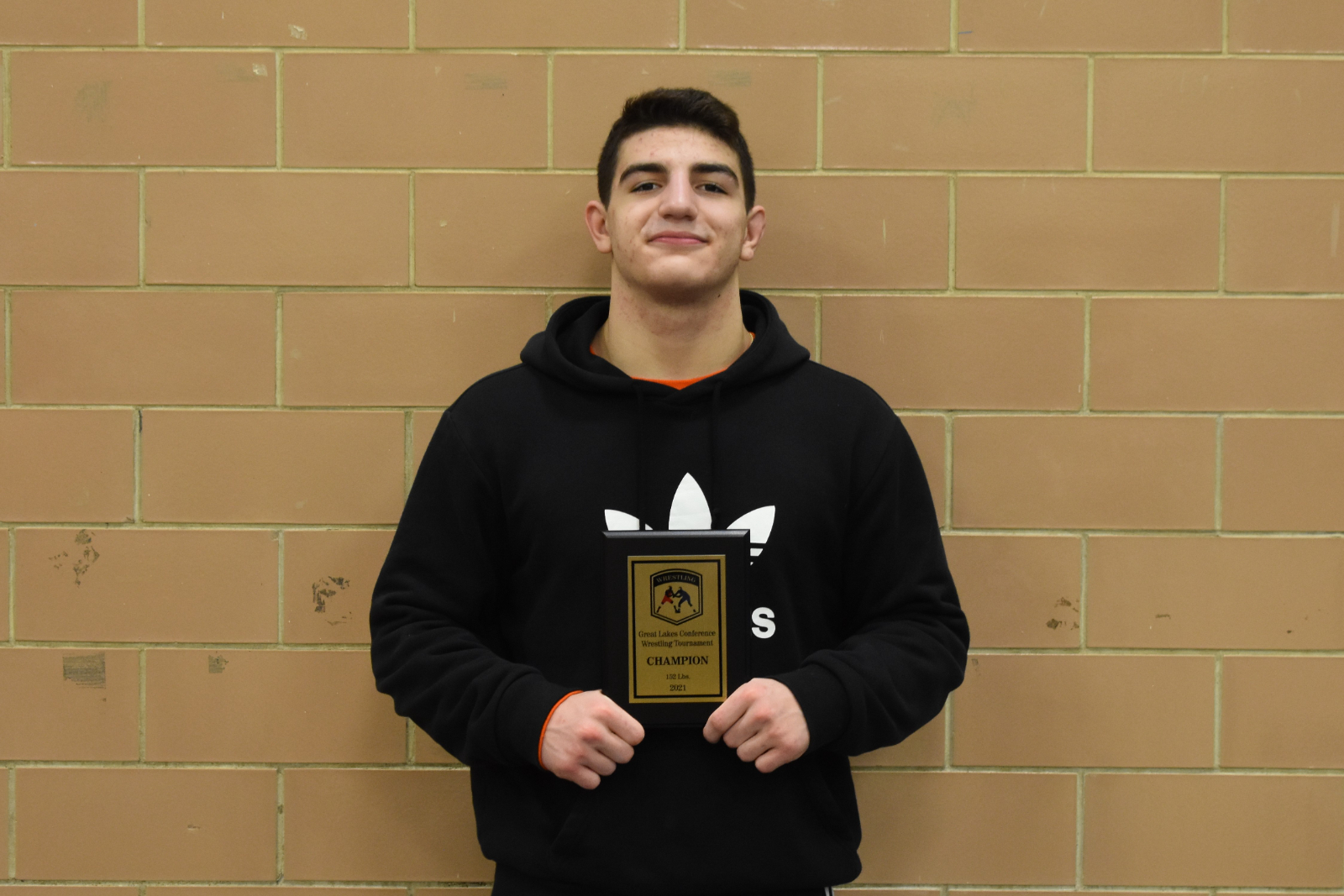 Daniel Devera was selected as Great Lakes Conference “Most Valuable Wrestler” for the 2nd consecutive Year!