Senior Guard, Amaris DeJesus, has broken the school record for three’s in a season.  Amaris tied the record of making 40 three’s in a season in our final GLC game of the year on Thursday evening against Fairview when she netted (3) three pointers.  Amaris then surpassed the record this Saturday in the first round of the OHSAA Tournament when she netted (4) three pointers to bring her season total to 44.

Amaris broke the record that was previously held by Brianna Veltre who made 40 three pointers as a senior the 2011-2012 season.

“I know this has been a goal of Amaris’ since she came into the program as a freshmen.  She has been extremely close both her sophomore and junior seasons with 34 and 35 made three’s respectively, so for her to be able to accomplish this goal of hers this season, I couldn’t be happier and more proud of her!” said Coach Caldwell.

Amaris previously broke the school record for three pointers made in a career which was 87.  With the season she has put together Amaris has shattered that record at this point and currently sits at 121 made three pointers for her career with a few games left to play! 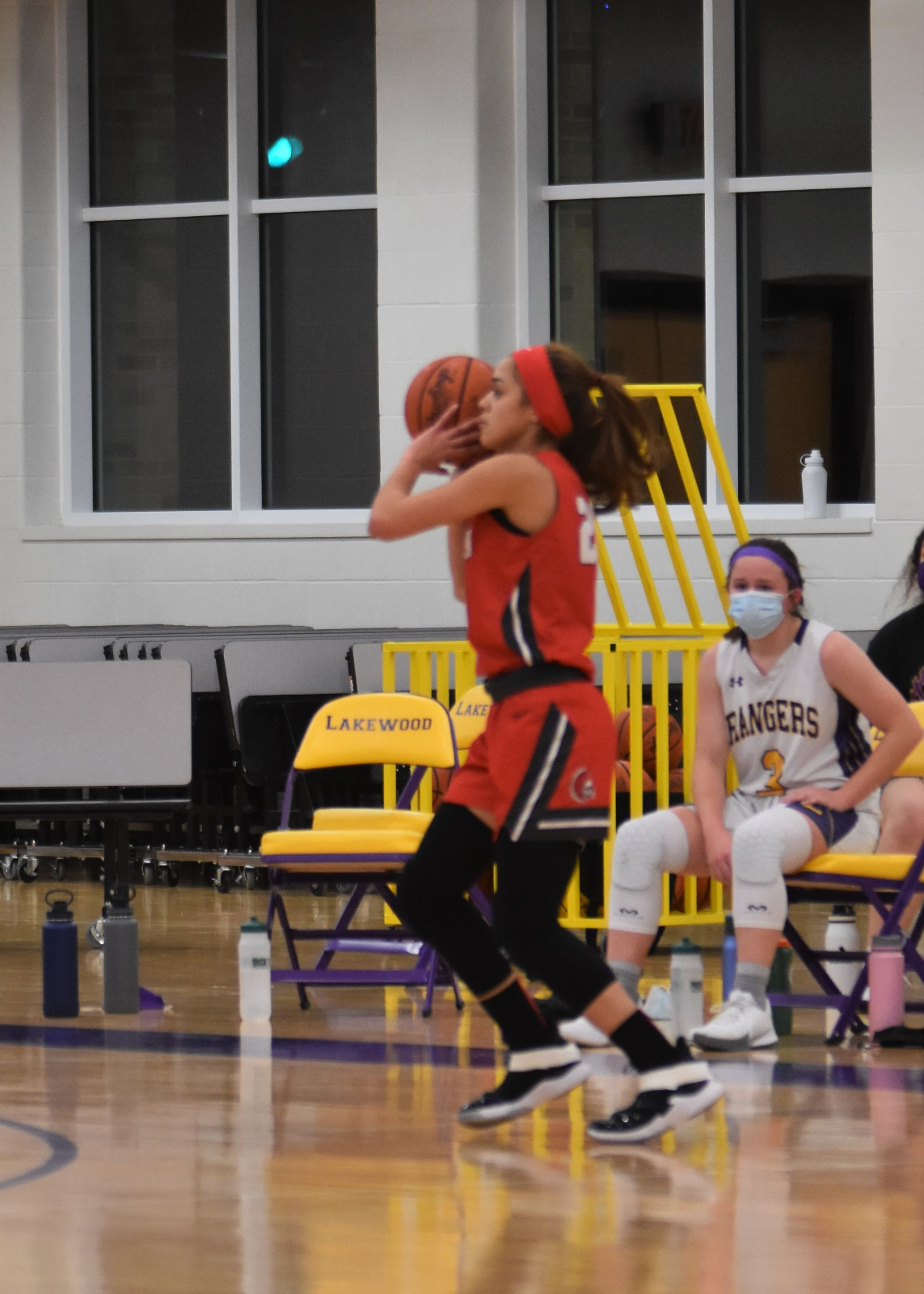