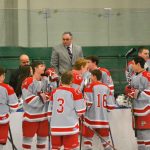 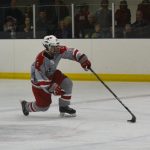 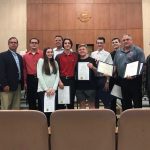 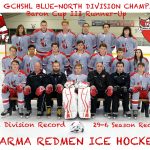 Boys Varsity Hockey · Mar 31 Meeting for all interested in joining our Redmen Ice Hockey team on April 3rd at 2:30pm in the Renaissance Room

There is a meeting on Wednesday, April 3rd at 2:30pm in the Renaissance room for any student interested in playing ice hockey next season for our Blue-North Division Champion Parma Redmen. 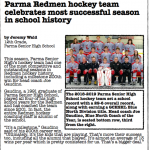 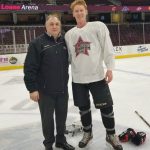 Parma Redmen Senior Hockey Player Matt Piech was selected to play in the GCHSHL All-Star game played at Quicken Loans Arena. Head Coach Joe Gaudino was chosen to coach one of the All-Star squads as well.

The Parma Redmen Hockey team had one of their finest seasons in Redmen hockey history. The Redmen finished 13-1 in the Blue-North Division winning the Division Championship and 29-6 overall advancing to the Baron Cup III championship game.  The Redmen fell short of the Baron Cup title but the future is very bright with the 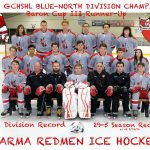 Last week was a week that saw several program records claimed by current Redmen athletes.   In girls basketball, Senior Elise Balcer broke the program record with 7 three-point baskets made in our game against Valley Forge.  She had a career high 22 points in the game. In wrestling, Senior Gavin Ziol won his 69th 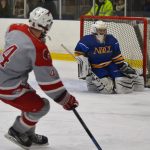 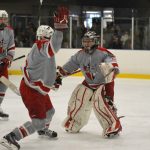 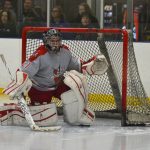 By Ryan Rufe PARMA, OHIO – A few short weeks ago, the Parma Redmen won the Nordonia Holiday Tournament with an 8-1 victory over the Aurora Greenmen. The GCHSHL Blue North division teams met again Tuesday night, this time in league action at Ries Rink. Parma peppered Aurora goalie Jordan Smith with 24 shots in the first period and